Hold back nothing of yourselves for yourselves, so that he who gives himself totally to you may receive you totally.

To love
is
to serve

Our Congregation (founded 1911 by Mary Patrick Brennan) inherits the charism of Saint Francis Assisi. The FMSL aim to make GOSPEL LIVING a simple reality. Franciscan life is lived in community. It involves praying, sharing and working together in sisterhood for the spread of God’s Kingdom in and through the Church.

The Franciscan Missionary Sisters of Littlehampton is a Congregation of Diocesan right, following the Rule of the Third Order Regular of St. Francis. We live in accordance with our Constitutions and make public profession of the vows of chastity, poverty and obedience.

Due to the risk of COVID 19 to our elderly and vulnerable residents, St Joseph’s Convent and Chapel are not able to open to the public until further notice.

Holy Mass is livestreamed daily at 10.30am via YouTube.  In YouTube, search for St Joseph’s Convent Littlehampton

Your intentions will then be remembered in the community’s daily prayers. 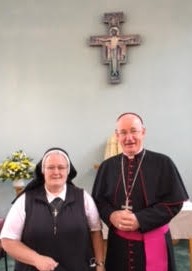 On 5th July 2021, elections were held in St Joseph’s Convent, Littlehampton for Mother General and members of the General Council.  In the morning, the Right Reverend Richard Moth, Bishop of Arundel and Brighton celebrated Mass in honour of the Holy Spirit in St Joseph’s chapel.  At 2pm, Bishop Richard presided over the election of Mother General.

This was followed by the elections of each of the four Councillors.  The following were duly elected: 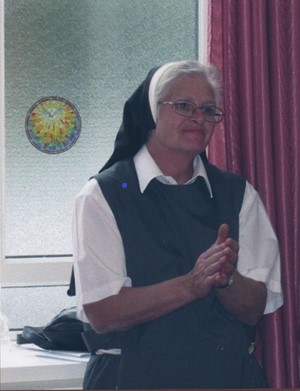 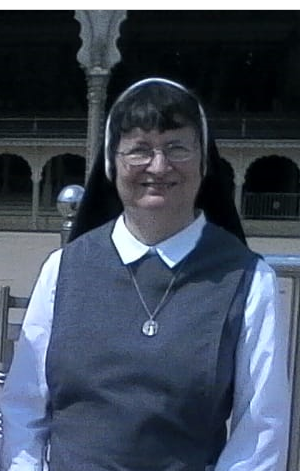 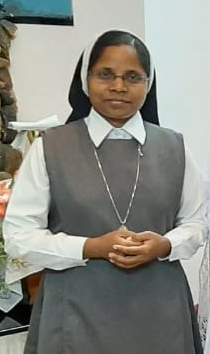 Sisters in Ireland and India were linked to the elections by Zoom and voted by email during the proceedings.  Other Sisters who could not attend on the day had cast their postal votes in advance.

According to the provisions of the FMSL Constitutions, Sister Promodini, who lives in India, will be able to attend Council Meetings by video call.  This is a first for the Congregation, for which we give thanks to God.

Presentations were made in gratitude to Sister Clare Bernadette, the outgoing Mother General and to Sr Anne McLaughlin in recognition of many years of service on the General Council.

The General Chapter of the FMSL, postponed from 2020, will be scheduled for a later date when the COVID 19 situation has eased sufficiently to allow all the Chapter members to gather in St Joseph’s safely.

Please pray for the new Mother General and Council as they lead the Congregation in preparing for the General Chapter meeting.  This meeting of all the Finally-Professed Sisters is normally held every three years.  Its purpose is to discern what God wants to be the aims and priorities of the FMSL for the next three years.  The Sisters invite you to join us in a prayer composed for this intention:

we know you are with us, today and always.

As we prepare for our General Chapter,

let us be open to your word,

read the signs of the times

and have the faith and courage to respond.

Help us to move closer to You,

and so bring your word to the people around us.

We ask this in Jesus Name,

We thank God that Sisters Innocentia Uwakwe and Attracta Uba made their final profession of vows on 15th August 2020 during Mass celebrated by the Right Reverend Richard Moth, Bishop of Arundel and Brighton. Congratulations Sisters!

Congratulations to Sister Rose of Lima FMSL on her Final Profession of vows September 8th 2017.