Sister Mary Veronica Grant FMSL passed away peacefully on 25th February 2018 in St Joseph’s Convent, aged eighty six, following a short illness. Her Requiem Mass was held in St. Joseph’s on 22nd March celebrated by Fr. Tony Baya OFM with Canon Seamus Hester, Fr. Carl Davies and Fr. Albert Van der Most. Many of her family members attended. Sister Veronica had served in East Bergholt and the Mission House in Hampstead, for many years as a nurse in St. Francis Nursing Home, in Canterbury and in St Joseph’s Convent. May God reward her and give her eternal rest. 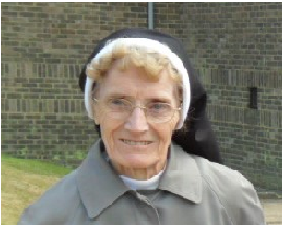 Sister Finbarr passed away on 13th June 2018 in St.. Josephs Nursing Home after a short illness. She had taught in the Sisters’ school in Keymer Road, Burgess Hill and in Copthornes chool. She also helped to provide hospitality at Copthorne retreat centre, and the convent in Knock. In 2005, Sister joined the community at St. Anne’s Convent and Care Home in Burgess Hill where she helped with the Sisters’ pastoral mission and witness. In 2013, she retired to St. Joseph’s community in Littlehampton. Sister Finbarr’s Requiem Mass was celebrated in St. Joseph’s Convent on 5th July by Fr. Tony Baya OFM, together with Fr. Ian Kelly, Fr. Seamus Hester, Fr. Carl Davies and Fr. Albert Vander Most. May she rest in God’s peace eternally. 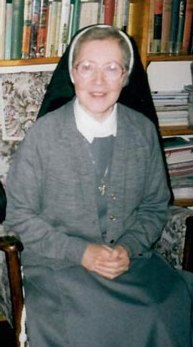 Sister Peter Murray departed this life aged 90 years from St. Joseph’s Convent, Littlehamptonon 15th May 2018 after a short illness. She lived and worked in Keymer Road Burgess Hill, East Bergholt, and for many years in Copthorne at the Sisters’ school and later, retreat centre. She specialised in cooking and hospitality until retiring to St. Joseph’s Littlehampton. Her Requiem Mass was celebrated on 31st May by Canon Seamus Hester and concelebrants Frs. Ian Kelly, Carl Davies and Albert van der Most. May she enjoy eternal life with God. Rest in peace, Amen 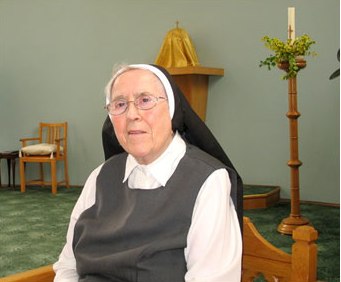 Sister Fabian Browne, from County Limerick in Ireland, entered Franciscan life in Littlehampton in 1947, aged sixteen. She served in many places throughout the UK over the years, usually in a ministry of hospitality: in Littlehampton, Copthorne, Bishops’ houses in Newcastle and Leeds and Mission House in London. She was awarded both the Diocesan Medal and a Papal Benemerenti for her work in Leeds. Her later years were spent in St. Joseph’s Littlehampton. After a short illness and a stay in Brighton Hospital, she was transferred to St. Joseph’s Nursing Home, where she passed on peace fully on 28th July 2019. Her Requiem Mass was on 14th August, celebrated by Fr. Tony Baya OFMCap. We thank God for the gift Sister Fabian was to all of us and ask her to continue to pray for each of us and for vocations. 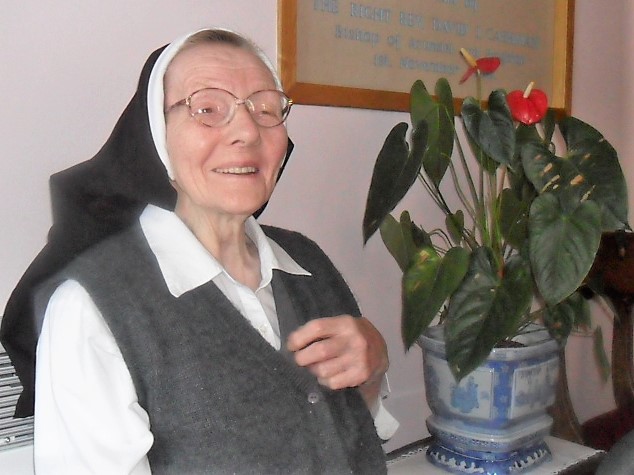 Sister Martha, born Rose Geraghty in Clonard, Ireland, entered Franciscan life in Littlehampton in 1953. She was preceded in this by her elder sister Kathleen, who took the religious name Sister Stanislaus. She trained as a nurse and served in this capacity in St. Francis Nursing Home for thirty six years.

In 1999, Sister Martha came to St. Joseph’s Convent, Littlehampton, as Community Leader until 2008, when she moved to St. Annes Burgess Hill as Community Leader. In the Care Home, she supported staff, residents and their families and was also active in pastoral outreach around the local Parish

In 2014, she moved back to St. Joseph’s Community and in the following year, celebrated her Diamond Jubilee of religious profession. In the summer of 2019, she became ill and in July, moved to St Joseph’s Nursing Home, where she was cared for until she passed away peacefully on 11th September 2019. 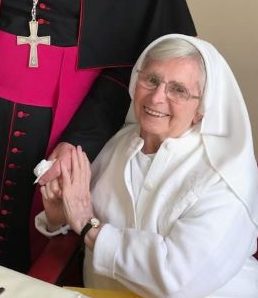 Sister Martha had been elected onto the General Council at the General Chapter in 2017. She brought much valuable experience to this role, having previous served a maximum term of nine years continuously as a General Councillor. Her presence and contribution to the Congregation are greatly missed and we trust she is still supporting us by her prayers as we move towards our 2020 Chapter and beyond. May she live on in God’s love, Amen.

Sr Felicity Kelly was born in 1942 in Rutland, Co. Carlow. She entered Franciscan life in Littlehampton in 1957, aged fifteen, and made first profession of vows in 1960. She then helped to care for the boys boarding at Copthorne school. In 1968, she qualified as a RGN and was appointed to St Francis Nursing Home where she lived and worked for many years. Later, when the Surgical Operating Theatre opened in St Francis, Sr Felicity, trained to become a theatre Sister and scrub nurse. By 1983, she was Matron in St. Francis. For many years, she went to Lourdes as a nurse to accompany the sick pilgrims and was a most popular helper. In 1997, after the operating theatre in St Francis closed, Sr. Felicity went to work in Worthing Hospital and lived in St Joseph’s Convent, Littlehampton. When not at the hospital, she spent much time visiting parishioners and former patients in the local area. Sister served on the General Council from 2008 and moved to St. Anne’s community in Burgess Hill, providing pastoral assistance in the residential home and local Parish.

Sister Felicity celebrated her Golden Jubilee of religious profession in 2010. In 2014, Sr Felicity returned to St Joseph’s Community. In 2016, she was sadly diagnosed with a degenerative neurological condition. As this illness progressed, she moved to St Joseph’s Nursing Home as a patient, maintaining her great interest in other’s welfare through friendship and intercessory prayer. She departed this life on 22nd February 2020. May she enjoy her eternal reward and continue to intercede for us all. 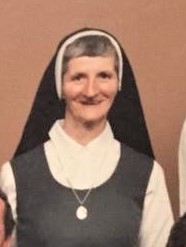 Sister Mary Augustine Salter FMSL passed away on the Feast of St. Bonaventure 15th July 2017, aged ninety seven in St. Joseph’s Nursing Home. She had celebrated silver, gold, diamond and platinum jubilees of Religious profession. Her Requiem Mass was celebrated in St. Joseph’s Convent on 27thJuly,.attendedby members of her family from Ireland. A rare treasure of the FMSL Congregation – may she rest in God’s peace. 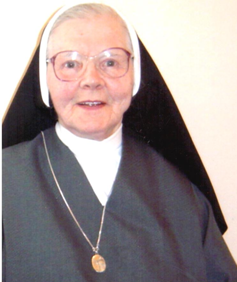 Sister Xavier served as a cook for most of her religious life, in Littlehampton, Hampstead, in the Bishop’s house, Storrington. She also lived in Bradford and Canterbury communities. In later life, ill health brought her to St. Joseph’s Nursing Home, where she received care in her final years. She had celebrated her Golden Jubilee of religious profession. May she rest in God’s peace and be rewarded for all her labours. 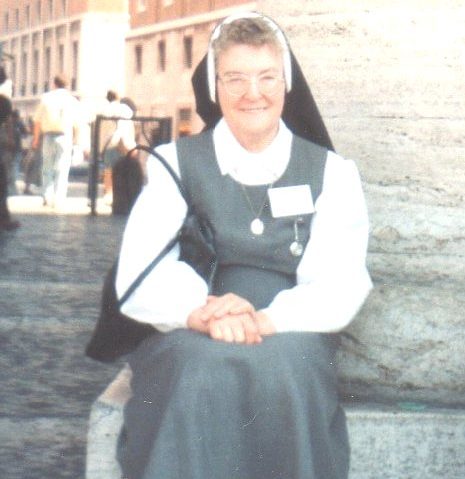 Sister Concepta O’Brien joined the Franciscans in Littlehampton in 1953, aged 20 years.  With Sister Regina, she cooked for Franciscan students in East Bergholt and then Canterbury.  She also served in the communities of St Francis, Littlehampton, and St. Anne’s Burgess Hill.  Sister Concepta worked in the laundry at St Joseph’s, Littlehampton.  She was a driver of community cars and minibus for many years.  She was known for being hard-working and generous with a love for music and singing.  Sister retired to St Joseph’s Community.  In 2016, she celebrated her Diamond Jubilee of religious profession.  She moved into St Joseph’s Nursing Home in 2020.  In February 2021 was her 65th anniversary of profession of vows.  Sister Concepta passed away peacefully in St Joseph’s Nursing Home on 14th November 2021.  Her Requiem Mass was held in St Joseph’s Convent on 16th December, celebrated by Fathers Tony Baya OFM Seamus Hester (Chaplain) and David Russell.  May she rest in God’s peace and enjoy the eternal reward for all her labours. 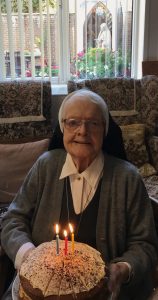 Link to video of Requiem Mass: