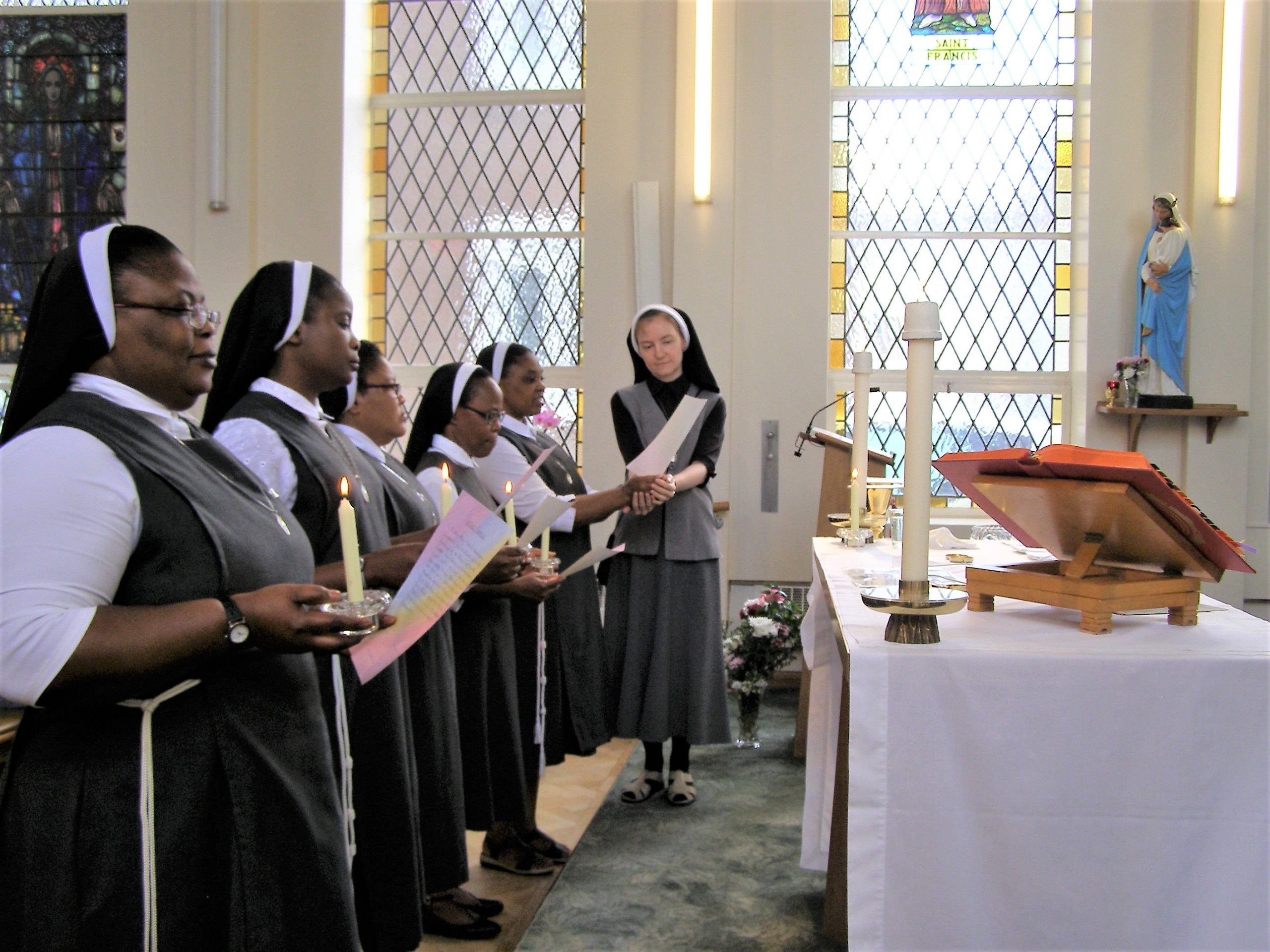 In August 2019, Sisters and parishioners were blessed to witness the annual renewals of vows by six of our Sisters, received by Sister Clare Bernadette, Mother General. The Sisters’ commitment was renewed during Masses in St. Joseph’s Convent chapel, Littlehampton, celebrated by the Chaplain, Canon Seamus Hester.

We thank God that Sisters Innocentia and Attracta, who were the first among the group to enter, made their Final Profession of vows on 15th August 2020.

The other four Sisters renewed their vows for one year on 2nd August 2020.

pray for Sisters Innocentia, Attracta, Helina, Esther, Marcellina and Patricia that they may remain faithful and inspiring witnesses in their commitment to the Lord.