First Professions of Vows in India 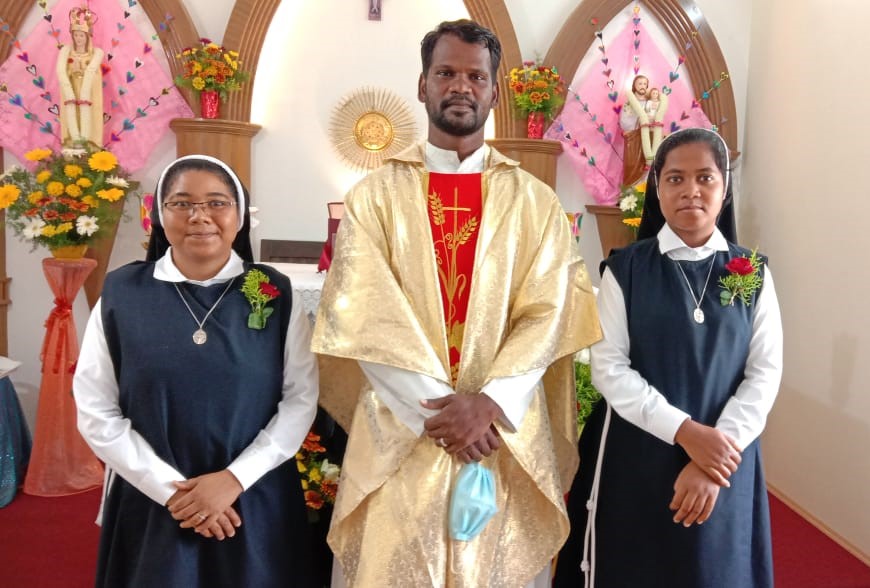 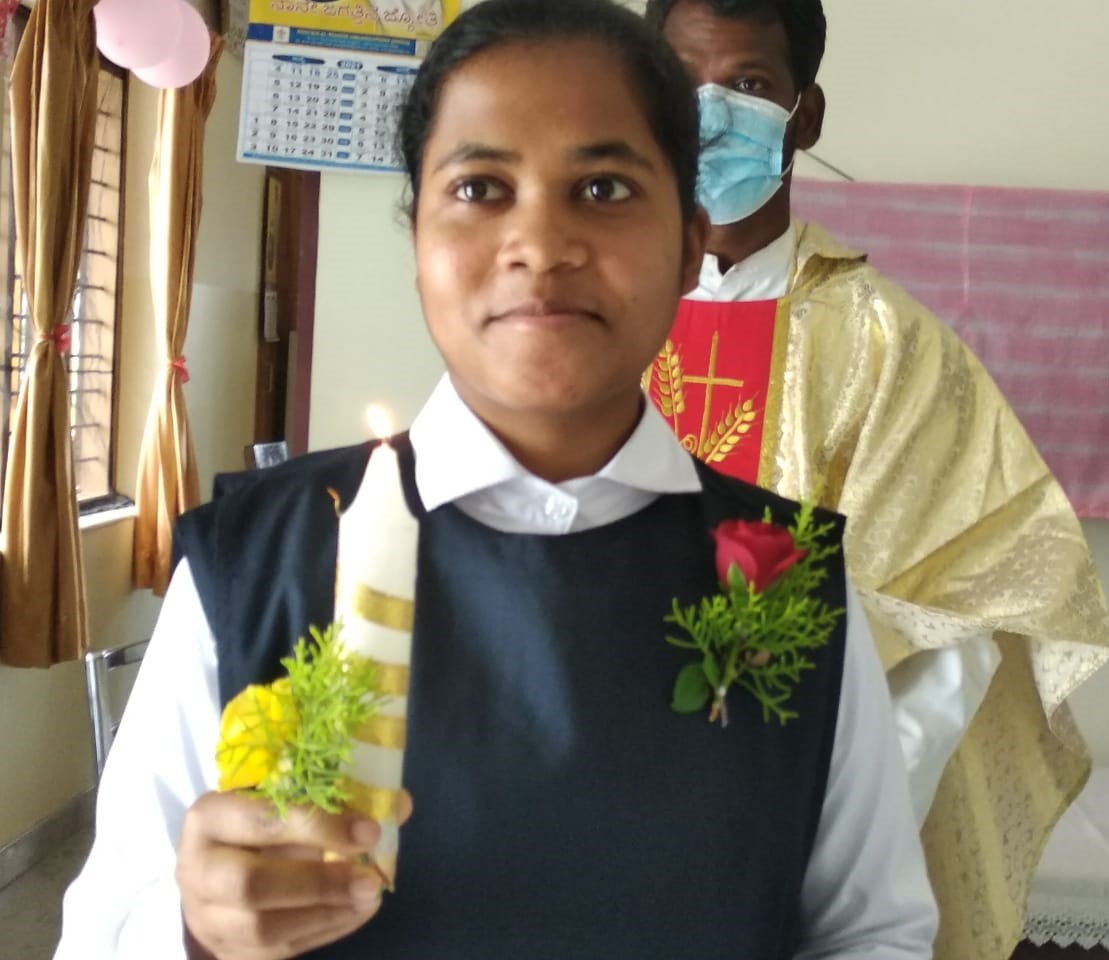 On 28th July, 2021, Sisters Manju and Fatima made their first profession of vows in St Anthony’s Convent, Belwadi. 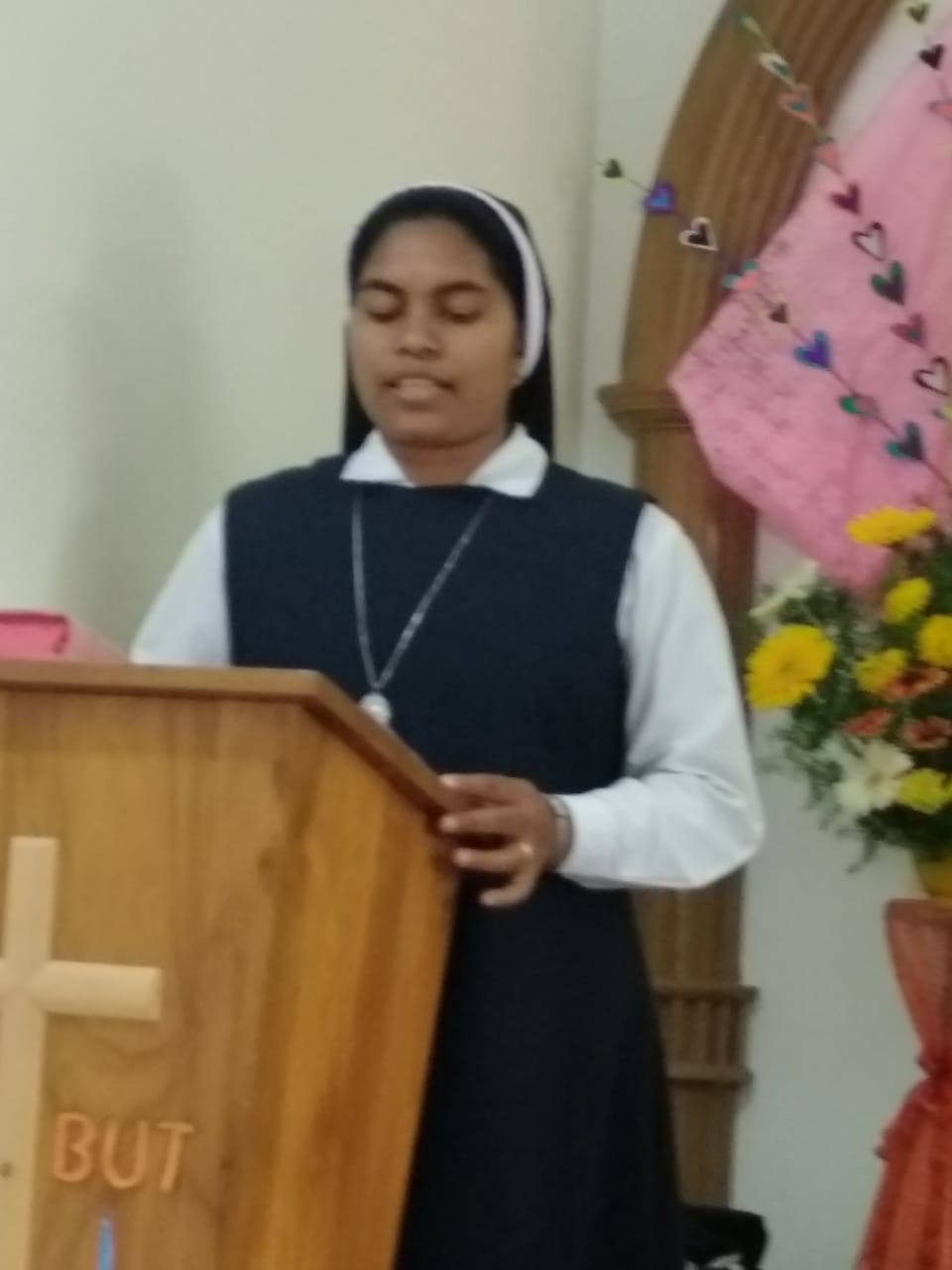 The Profession ceremony took place during Mass in the convent chapel. 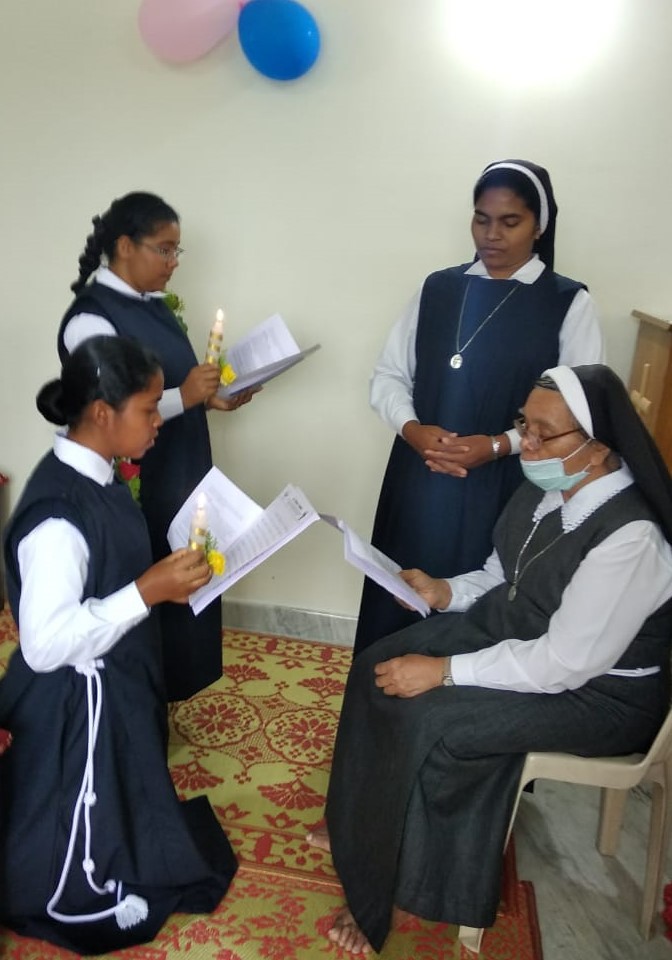 The Sisters pronounced their vows in the presence of Sister Martha and of Sister Anne Joseph, who founded the FMSL mission in India.  The Sisters vowed to live in poverty, chastity and obedience according to the Rule of the Third Order Regular of St. Francis of Assisi.  This written form of life consists of the writings of two Saints – Francis and Clare of Assisi, and was approved in 1982 by another Saint – Pope John Paul II. 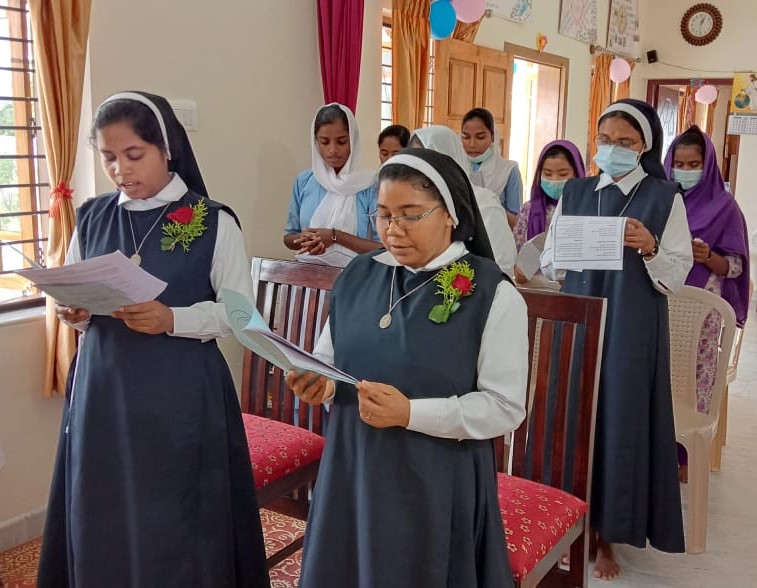 Sister Manju and Fatima received the habit and veil of the FMSL Congregation as a sign of their consecration.  Due to the pandemic, the gathering was restricted to the community and one priest. 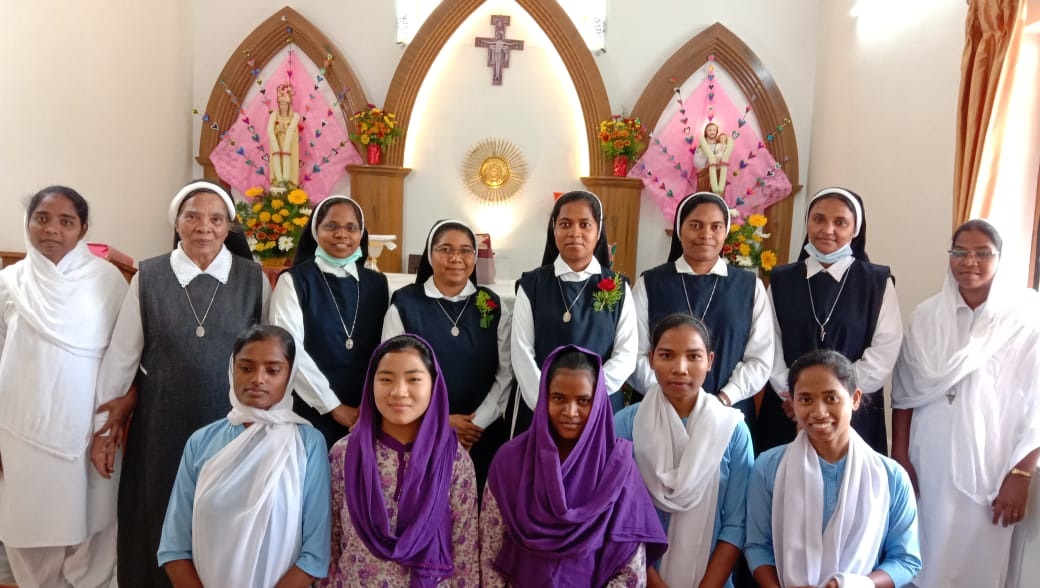 Even so, the Sisters made this a celebratory occasion to remember. 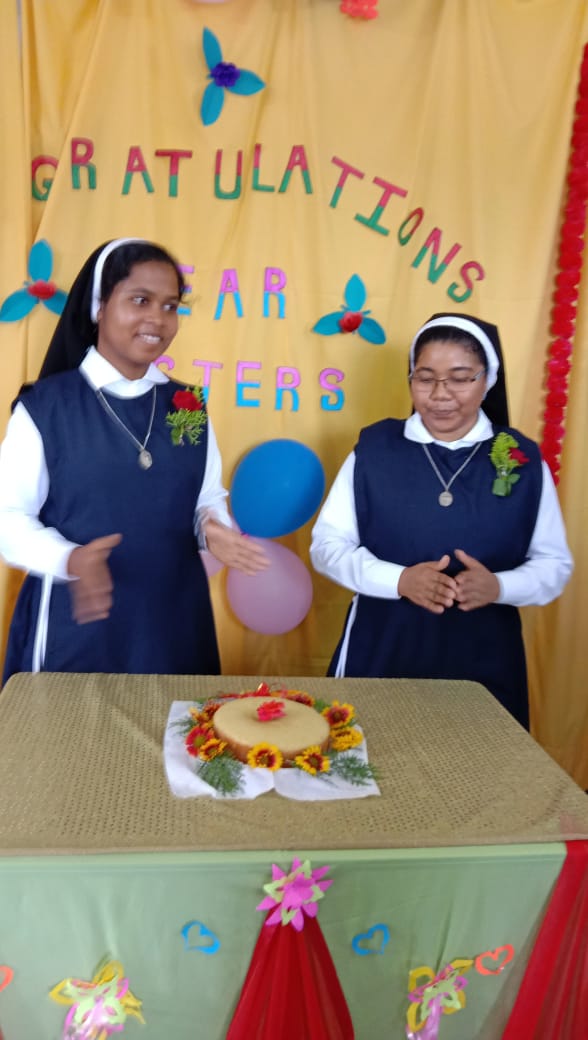 Please pray for Sisters Manju and Fatima as they begin a life consecrated in the Lord’s service.  We thank God for their generosity and commitment.